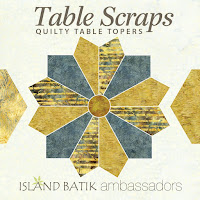 The Island Batik Ambassadors are back working on a new challenge for December and Preparing for a nice Blog hop for January.  Let's start with December challenge which was to design a scrappy table topper.


Since I have been designing as an Island Batik Ambassador,  I have been keeping all my scraps and fabrics in one location in my studio so I can find them easily.  My scrap cube was packed full of Island Batik fabrics just waiting for a project like this.

So my idea was to design a simple patchwork table topper that was a variation to a rail fence block that uses patchwork pieces instead of full blocks. The 12" blocks use 24- 2 1/2" squares of various colors for the patch pieces.  The 4 neutral pieces that make the rail fence in the block measure 2 1/2" x 6 1/2". 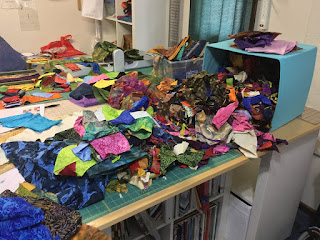 Now with the design done, I dumped the scraps on my cutting table and began sorting through all of the Island Batik fabrics.  Looking for pieces that measure 2 1/2" or larger.

I made six blocks and assemble them together to get the above design to get a quilt topper that measures 36" x 24".  I decided that this table topper did not need a border, so I did not to add one.
To keep with the scrappiness of the table topper I made a scrappy backing.  I sewed six wide scrap strips together to get a significant enough backing piece to the put on the longarm and get it quilted.  The binding was also made of scrappy neutrals.

My Island Batik scrappy table topper is bright and wonderful to look at. I would make this again and would love to create a bigger version of the quilt made out of just of Island Batik fabrics for a bed.

Also, Be sure to check out the other Island Batik Ambassador's table toppers.

Posted by Quilting Affection Designs at 9:26 AM 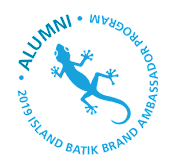 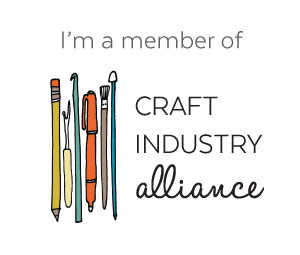 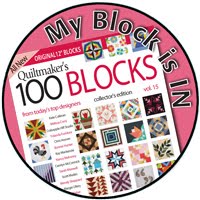